On a rising knoll stood a lone tree, thickly branched and heavily leafed, shading what appeared to be a small cemetery.

Rather than looking desolate and lonely, that little plot of land with its surrounding black iron fence, appeared instead to keep watch over the land below it. As though those buried there kept a gentle eye on those who came after them. As isolated as the property was, it should have appeared stark. Instead, an air of contentment and peace lay over it. As though the land, the house, the vibrant green of the valley, and the cemetery that overlooked it all, knew all there was about life and love and had locked all those secrets within it to sustain it.

And in it there was a strange sense of familiarity. Here, a person could see the stars at night rather than the city lights. The sound of the lonely coyote rather than the rush of traffic. Peace rather than a hectic race. Here, perhaps, she could find some answers. Tugging the hem of her tank, she straightened it over the band of her jeans beneath the light denim jacket she wore as she walked slowly from the car to the stone path that led to the porch.

As though that carpet of green with its lazy stream could only struggle so far to embrace the weathered home. The dark blue pickup parked at the side of the house attested that someone lived there. And she knew the vehicle belonged to the man those in town called Grandpops Malone. Riordan Malone Sr. That name haunted her dreams, her fantasies. The one who came to her in those nightly images was tall, strong, impossibly sexy. As Amara forced herself to walk to the porch, she looked around, searching for the face, listening for the voice of a man she knew only in those dreams. As her foot lifted to the first step, the front door creaked, causing her to pause, to wait with bated breath as it slowly opened to reveal an aged, gray-haired gentleman she suspected was Riordan Sr.

In his worn loose jeans, well-washed white shirt with sleeves folded neatly back below his elbows, scuffed leather boots, and with that serene expression, the man looked as old and wise as the mountains themselves. And there was no doubt he was just as damn stubborn. There was a whisper of a lyrical accent. Just a whisper though, not the full, male lilt she sometimes heard in memories that never fully revealed themselves. His head tilted to the side, his thick graying hair neatly trimmed but giving a hint of the rogue he must have been in his youth. That wild beast always gives a show when he comes barreling through the valley.

Moving gingerly up the steps to the porch, she followed him to the comfortable-looking cushioned rockers that faced the valley. But, everything she learned assured her this was the one place she was certain to find him.

He appeared at first as no more than a storm of dust rising beyond the verdant green of the valley. The horse, black as midnight, neck extended, flying across the deserted landscape, was enough to hold the eye. The horse flew over a gully as though he had wings, before jumping the stream, neck and legs extended as it went airborne for precious seconds. The animal then took a series of fences as though they were nothing, and as she stared, she felt she knew how those women felt from centuries past as they watched a conquering warrior bearing down on them.

When the horse flew over the fence that enclosed the house yard, Amara was certain there was no way it could pull up before slamming headfirst into the porch itself. With no more than a few yards to spare, the beast came up on his hind legs, a triumphant equine scream filling the air before landing again and prancing about with pure high-spirited joy before finally settling. 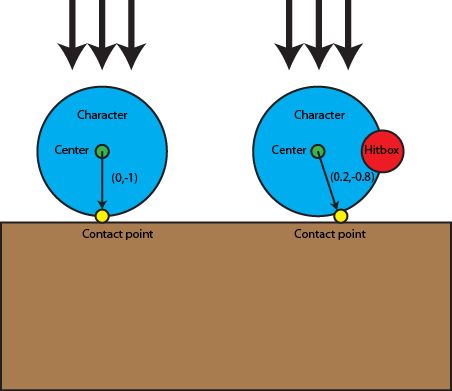 The younger Riordan dismounted smoothly, the soles of his moccasined feet hitting the ground as he slapped the beast on the rump. It came up on its hind legs once more in another display of savage beauty as it reared up, pawed the air, then shot off back the way it came the second it landed. Flying like the wind, strong legs launching it over the fence, the gully, then the stream before a trail of dust followed it around the bend of the mountain. So much beauty, she thought. A black T-shirt stretched across a broad chest, emphasizing his muscular abs and making her fingers itch to remove it.

Yes, this was him. The savage who invaded her dreams, the fury who slashed at her nightmares. Vivid sapphire eyes, daunting features, proud, imposing. A man who knew his own demons as well as those that inhabited other men. Or women. This wild fury and enraged demand. What made her think he would be? She was certain she had to have known him, certain that somehow, someway, they must have meant something to each other. Could she have been so wrong? Of what her father would do to fix things himself. Rising from his chair, Grandpops moved to the steps stiffly and made his way down, casting his grandson yet another warning glare.

But he merely grunted as he passed.

A few moments later the truck started, and they watched Grandpops ease around the circular drive and onto the road that led to the small valley. As the truck took the curve around the rising hill, she turned back to Riordan and tucked her hands into the pockets of her light jacket, her fingers curling into fists. Not that he was letting her run without giving chase.

And it was that decision that sent her running to Alpine and the man who shadowed her dreams. She was here now. She lifted her head, straightened her shoulders, and stared up at him in determination. His eyes narrowed on her before once again moving to sweep over the landscape. That prepared and ready-for-action thing strong men always seemed to carry with them. This is no place for you. He knew her. He was angry, but for a second, she swore she saw something more in that flash of heat in his expression. Riordan, please.


She could sense it, her dreams assured her of it. Turning, Riordan dismissed her just that easily and strode up the steps to the porch, leaving her to stand alone as the storm door slammed behind his retreating back.


Inhaling deeply, she followed him rather than doing as ordered. Not that she often did as she was ordered. That was probably how she found herself where she was now. Opening the door quietly, she stepped into the house, her gaze taking in the homey atmosphere of the large living area. A comfortable leather couch, recliner, and matching chairs were grouped around a cold fireplace. The mantle held a variety of family pictures that she would have loved to have time to check out. The wood floor was smooth, aged with a sheen of time and caring.

There were more family pictures in frames on the wall, many appeared old and passed down through the years, the frames lovingly polished, the photos a bit faded from time.